Who doesn’t love a good fireplace?! Curling up by the fire with a cup of tea, or something stronger, makes for a quintessential winter evening in New England. Now, imagine having that fireplace in your bedroom! One lucky Charlestown, MA customer has the privilege of having two fireplaces in his home, and recently called our team in to restore them to their original beauty. 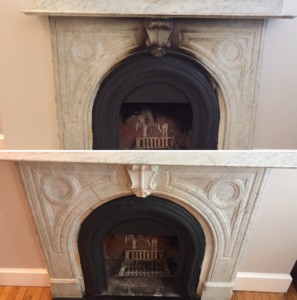 If you have a fireplace in need of attention, call the experts at Boston Stone Restoration. We’ll have you cozied up by the fire in no time!