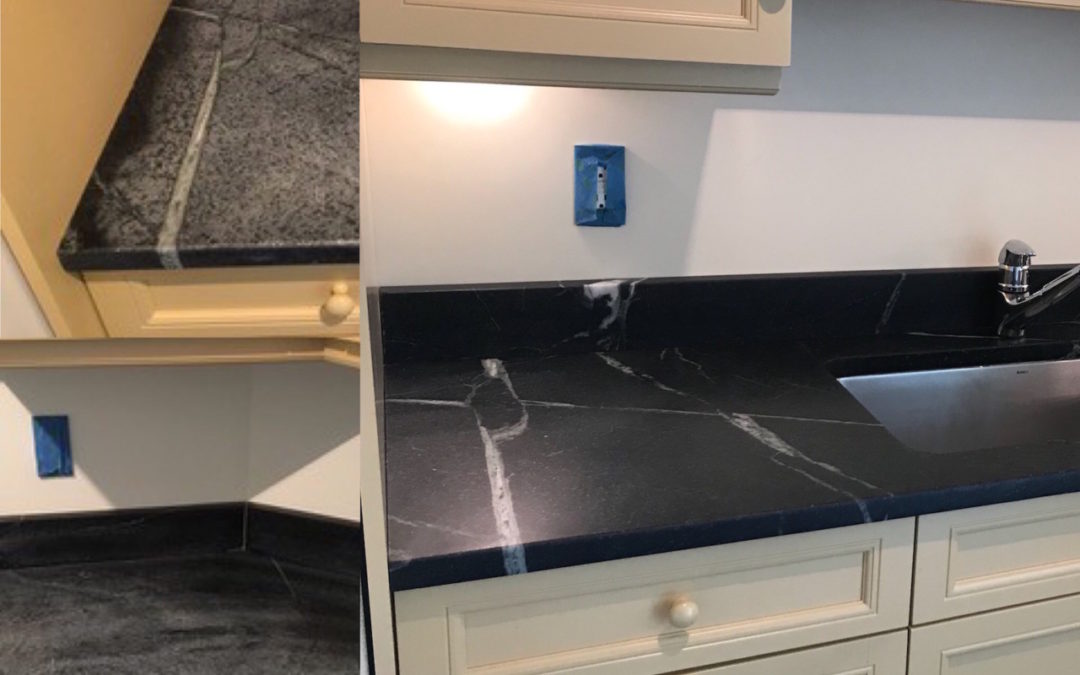 People fall in love with soapstone for good reason.

The finished surface of soapstone feels like a dry bar of soap, it is impervious to most types of liquids and chemicals and is heat resistant. Soapstone was formed from igneous rock in ancient ocean rift zones when those areas experienced significant heat and pressure from mountain formation and tectonic movement. The talc mineral in soapstone gives it that soft, smooth feel. Soapstone is most commonly used for architectural applications, such as counter tops, floor tiles, shower bases and interior surfacing. There are active North American soapstone mines including one south of Quebec City and another in central Virginia with most architectural soapstone mined in Canada, Brazil, India and Finland and imported into the United States.

We love to work with soapstone because despite all of its benefits, it can be scratched so restoring the satin finish is incredibly satisfying.

Here are some before and afters of a severely etched soapstone counter top we restored in Chatham, MA. Workers in the home got some paint on the counter and in an effort to remove it caused the damage. Fortunately Boston Stone Restoration was able to hone away all the damage and bring back the natural luster of the stone.

Would you like to restore your soapstone surfaces? Commercial or residential, call (781)793-0700.