In December we posted that we were working on a BIG project on the North Shore and now we can finally post before and after photos as they just had their grand re-opening last weekend. 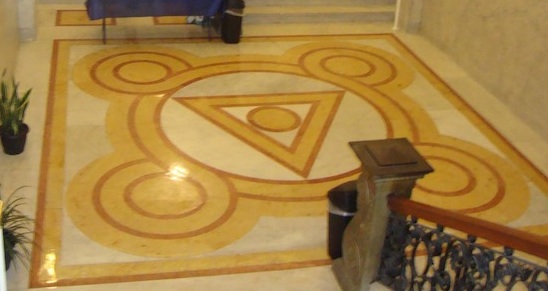 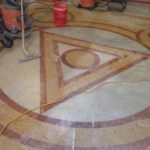 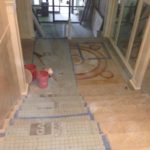 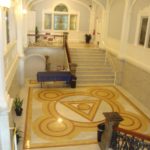 We were contacted in November to help restore the Ames Memorial Hall Lobby at the YMCA in Salem, MA.

Ames Memorial Hall was designed by architect Walter J. Paine in 1896. It was with a generous bequest of $40,000 from Colonel George L. Ames that made the construction of the Hall possible.

As a tribute to his generosity, the YMCA presented the center as the Ames Memorial Hall on

February 2, 1899. The building was embraced by the community with enthusiasm and quickly became an integral part of Salem’s daily life. President Taft spoke there in 1916! It was the hub of the arts in the area, and it was the place where the community gathered to hear news, listen to speakers and meet people. It was the location of major musical performances throughout the decades.  Over the years it was also a place for teens to meet and make friends. As the needs of the times changed the auditorium was eventually converted to a gymnasium.  The Y recently undertook a massive renovation to restore the theater and its lobby and entrance to its original glory.

Boston Stone Restoration was honored to be able to participate in the project and return the marble stairs, floors and walls to their original beauty. Made of white cararra, rojo Alicante and Jerusalem gold marble , we painstakingly removed years of dirt, grime and scratches to bring the surfaces back to a high shine.

If you are a Project Manager, or General Contractor working on an historic restoration, contact Boston Stone Restoration for all your natural stone needs!