Newport, RI — Our biggest project and challenge of the summer was just completed last week. We were so excited to be chosen to work on this unusual job of restoring a 4,400 square foot terrazzo pool deck on Newport’s famed Cliff Walk.

The historic home, built as a “summer cottage” in 1874-75 for Fairman Rogers has been visited by the Vanderbilts, the Astors, and even President John F Kennedy, who actually swam in the pool!

The homeowner said the condition of the pool deck had been a thorn in his side since he purchased the home in July of 2016 and as such he contracted Boston Stone Restoration to try to bring the dull, scratched red terrazzo tiles back to life.

After several test areas and samples in the spring, we were set to begin work mid-June while the homeowners were on vacation.  Here came the challenge. It was raining the first two days of that week. It is not safe to run electric machines outside while raining! So we were a bit behind on time.  Then the weather turned and we had a week-long heatwave. Another limitation of the coating we were using was it couldn’t be applied to a surface hotter than 70 degrees. So yet another delay. We ultimately had to stop the project midway when the owners returned and had guests during 4th of July week. Once the weather cooperated and with the blessing of the most understanding homeowner, we finished the project last week. 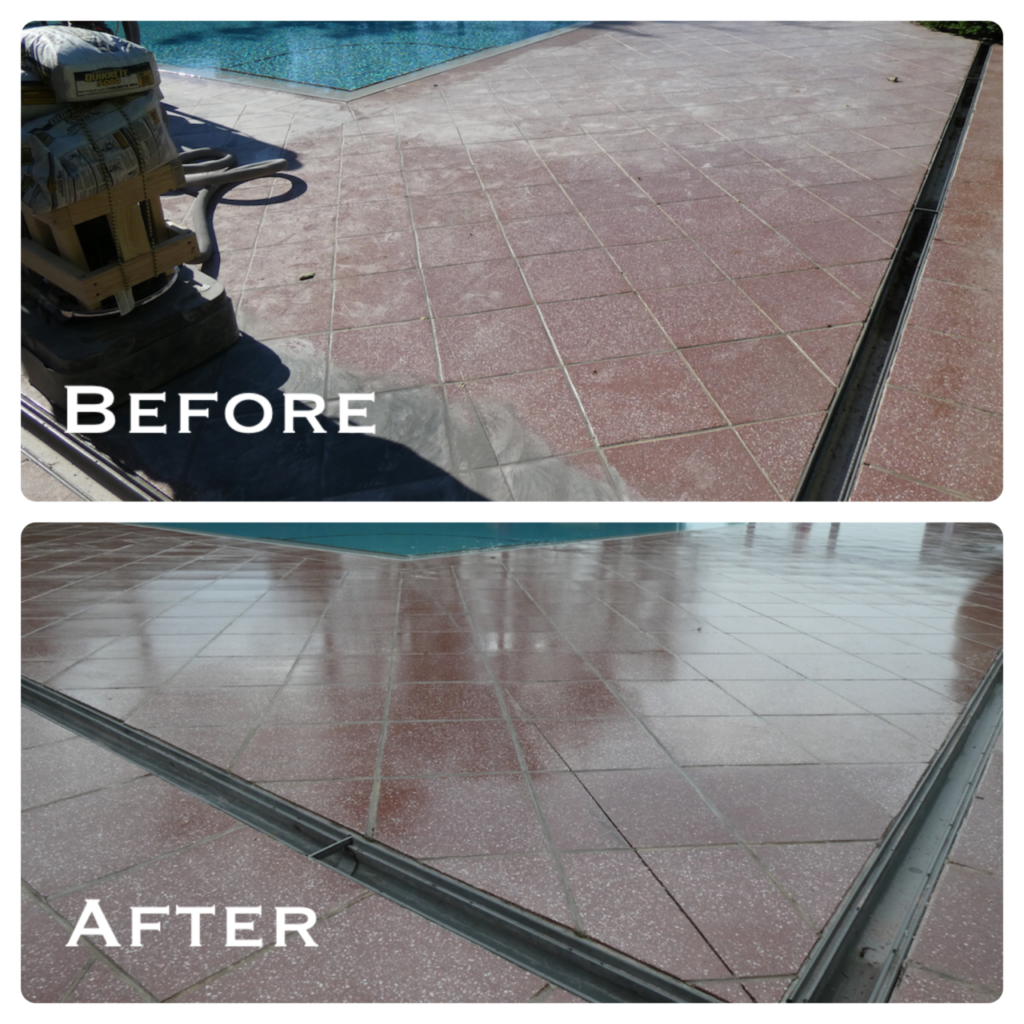 The terrazzo was ground clean to remove all traces of dirt and scratches. We then coated the deck with Microguard brand sealer specifically for this type of stone and for use outside. The results speak for themselves. The pool deck looks fantastic and the homeowner is thrilled!

Get Your Stone Restored Before the Holidays!

Not only does Boston Stone Restoration handle stone care on the land, we also handle stone...
Read More