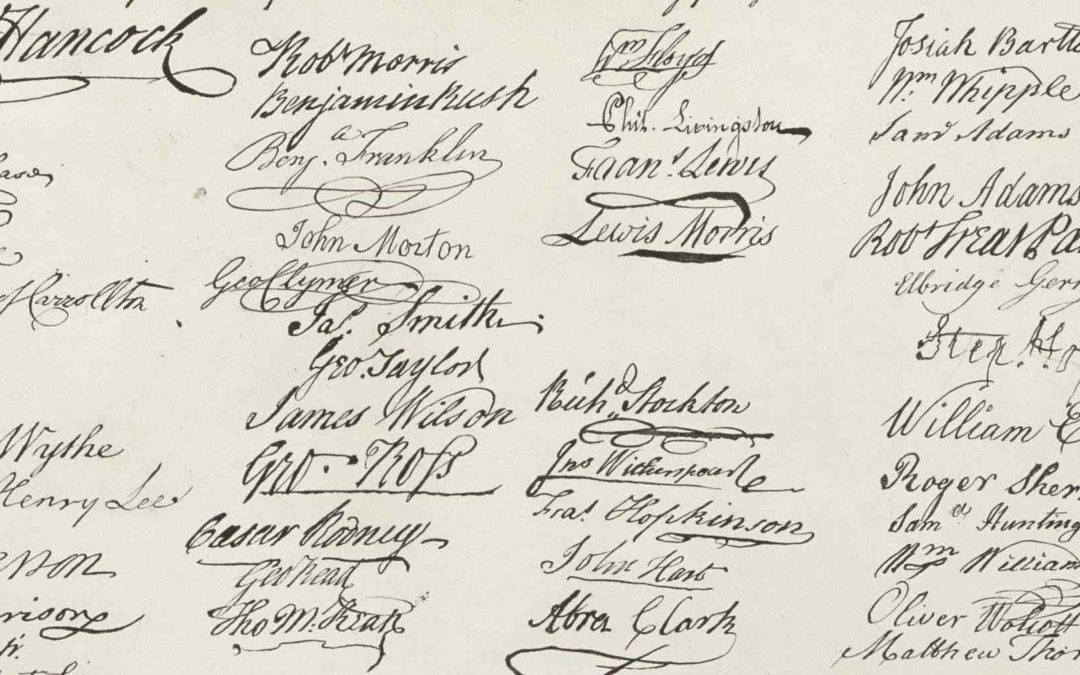 Boston Stone Restoration has worked on many memorials, gravestones and crypts over the years, restoring the marble and granite that mark key moments in the development of our country. As a result, we’ve stumbled across a lot of amazing history. So for our July 4th post this week, here is a little bit of local trivia related to the Declaration of Independence rooted right here in Massachusetts.

Do you think you can guess all four? Here are some hints:

1) One would become the second president of the United States.
2) Another was a wealthy merchant known for his style with a signature to match.
3) A third was a prominent lawyer and social reformer with a summer house in Waltham, MA.
4) The fourth was a raucous community organizer and the namesake for a company that kicked off the American craft beer revolution too.

This error message is only visible to WordPress admins